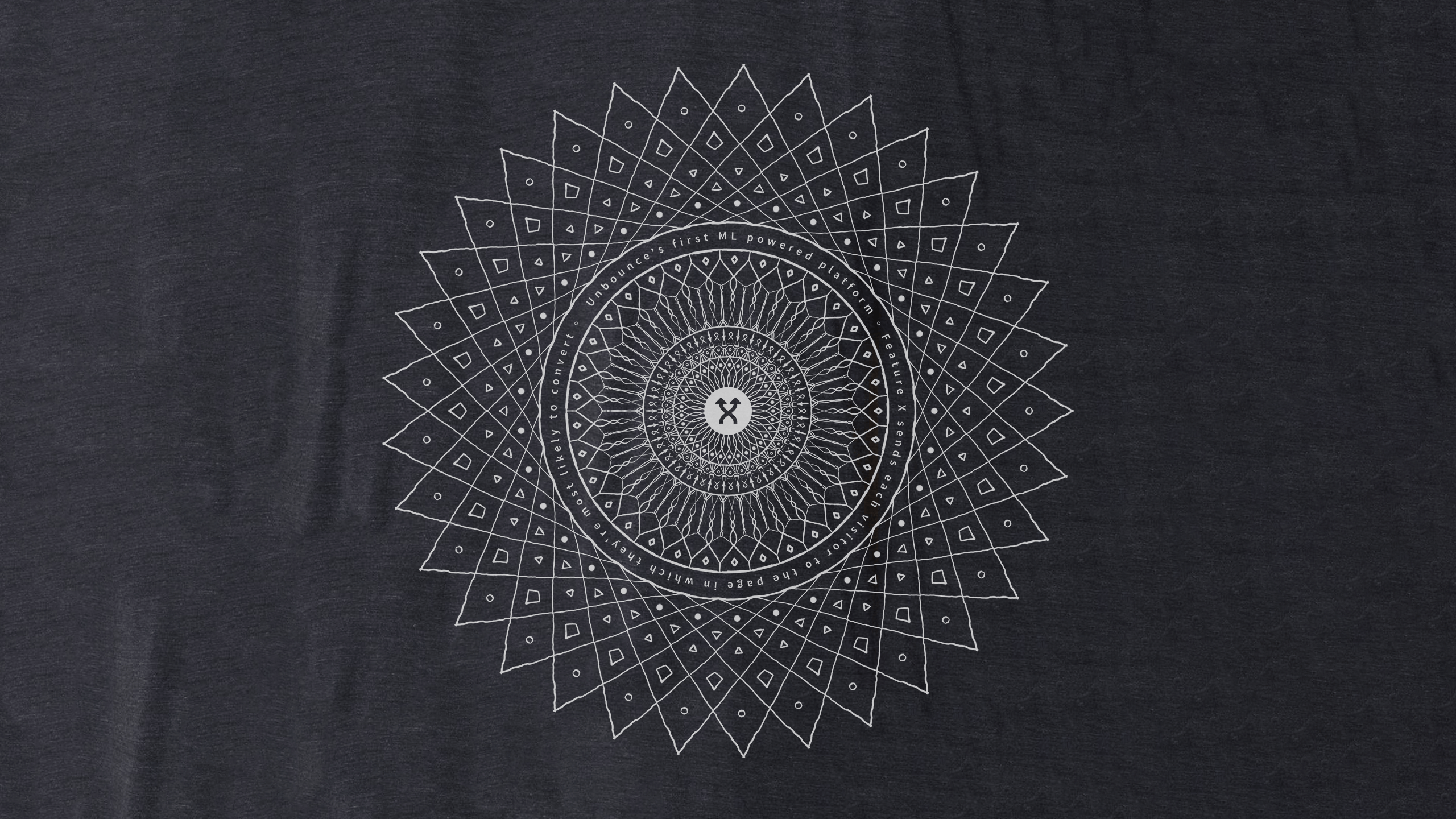 Create a shirt design that celebrates the Feature X pilot program, its technology, participants and contributors.

Team (people I worked closely with)

The shirt had to communicate the basic idea of the algorithm. The algorithm is able to run pattern analysis and routing. It had to include the symbol we used to identify the feature in the product throughout the pilot, and communicate a sense of scale.

I had limited time through this process. Mostly because I was winding down my workload due to my upcoming sabbatical and paternity leave. This really was outside my scope of daily responsibility, however I enjoy creating shirts and often I create commissioned art. I had been using iOrnament for sometime to create repeatable patterns and this seemed like the perfect opportunity to try and up the quality.

"I had been using iOrnament for sometime to create repeatable patterns and this seemed like the perfect opportunity to try and up the quality."

The first drafts were able to accomplish some of our base concept criteria. The pattern naturally felt like a web of data that converged to one point. The sense of scale and amount of connections was complex, yet coherent. Eventually we added the symbol right in the centre of the composition that was used to identify Feature x in the product.

The part that was still missing was the recognition for the incredible team that worked on the pilot program, as well as everyone at the company that supported us in our journey. We were inspired by rock tour shirts. The front displayed Feature X front and centre with the dates of the pilot. The back did not feature cities, instead we placed names of everybody that worked at Unbounce at the time. We highlight the pilot team in a special section. By this time I was already on sabbatical and Macarena delivered the final design and got it printed in time for the celebration in May.